Neatly nestled within Charleston’s origins is a colonial history represented by a collection of plantation properties, Revolutionary War era structures and monuments, battlefields and Christian churches and chapels. This comprehensive Charleston plantation guide will take you on a journey through five of the city’s most renowned plantation sites: Boone Hall Plantation, Magnolia Plantation and Gardens, Drayton Hall Plantation, McLeod Plantation, and Middleton Place.

This site is one of America’s oldest functioning plantations, where crops have been cultivated for over three centuries. It is located in Mount Pleasant, South Carolina, and is one of eighteen plantations scattered through the town. This Antebellum era plantation is listed on the federal government’s National Register of Historic Places.

Many historic buildings and other landmarks are part of the rich history that contributes to the reputation Boone Hall has developed over the years. From slave cabins and cottages to lush flowerbeds and an encompassing ‘Avenue of Oaks’ leading to the plantation house, you will find that this site will appeal to your historic and architectural tastes. And even the live oaks pack a little history of their own—with a planting date of 1743.

The property has an extensive history that dates back to 1681—eleven years after Charles Towne was established—when a land grant was passed down from owner Theophilus Patey to his daughter Elizabeth and new husband John Boone. But Boone family ownership ceased in 1811 with a completed sale to Henry and John Horlbeck, who were in the business of producing bricks. As such, numerous bricks from their newly owned plantation were used for the erection of many buildings in what is now downtown Charleston.

Boone Hall Plantation is listed as an African American Historic Place in South Carolina because of its linkage to the Antebellum South. The plantation has been owned by the McRae family dating back to a formal purchase in 1955. And they have made great efforts to preserve original structures and gardens, despite earlier McRae descendants focusing on farming the land and growing stout peach trees. Boone Hall is a fine touring destination, and it happens to be the most photographed in Charleston for good reason. 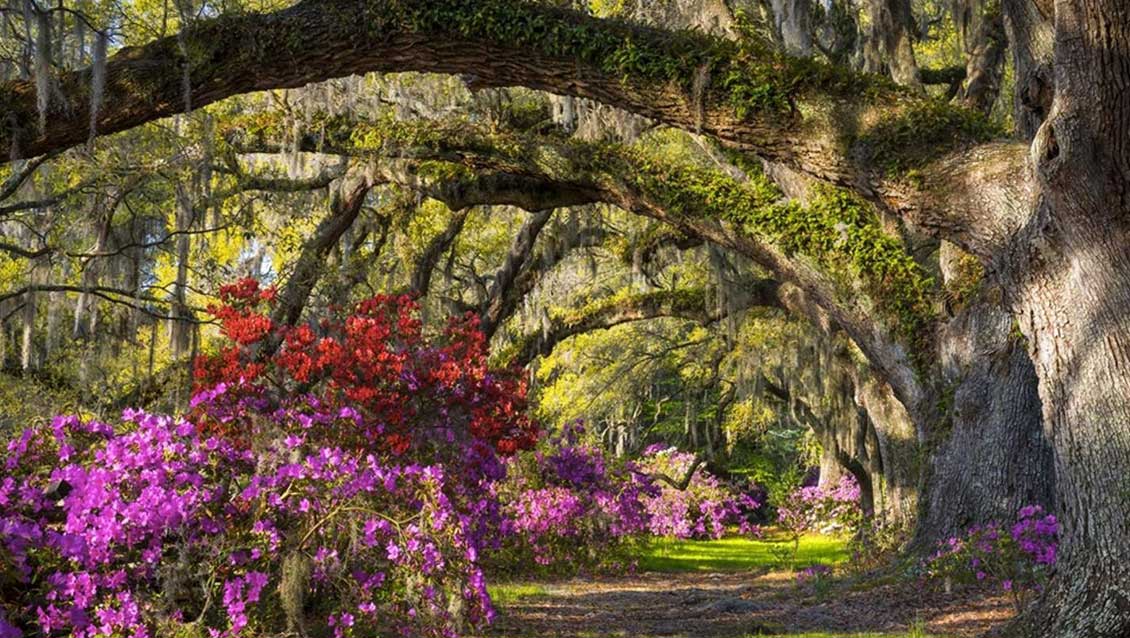 While certainly a top-five plantation property and the most visited in Charleston, Magnolia Plantation and Gardens is best known for its thousands of beautiful blooms and salient structures. Founded in 1676 by the prominent Drayton family, it has survived bloodline ownership for almost a dozen generations from the American Revolutionary War to the Civil War and all the way to the present day.

Magnolia is one of the South’s oldest surviving plantations, and it is conveniently adjoined to Drayton Hall Plantation (both properties have an ownership by the Drayton family). It was a rice plantation before becoming a public tourist destination, which was tended to by slaves from west and central Africa. Slaves that worked on Magnolia and the surrounding plantations developed a creolized Gullah language to create a sense of culture in tough times. The Magnolia Cabin Project Tour offers an interactive history lesson if you are interested.

And if history isn’t your strongest pursuit, tours are offered covering the landscape of vast rice fields, along with a Nature Tram that navigates the plantation’s natural habitats and the wildlife that inhabit them. Magnolia is comprised of more than 600 acres, which includes these natural areas and gardens—so you’ll definitely want to take advantage of the tram ride.

Visiting Magnolia Plantation and Gardens is a must if you are interested in learning more about America’s ties to slavery and the unquestionable impact the slave trade had in the building of our nation. And in addition to the Cabin Project Tour and Nature Tram mentioned above, Magnolia also offers a Rice Field Boat Tour to explore the cultivation of rice; the Zoo & Nature Center, which displays interactive wildlife exhibits that feature many indigenous species; and a café and plantation gift shop to both please your sweet tooth and send you on your way with a token item to memorialize the day’s visit. 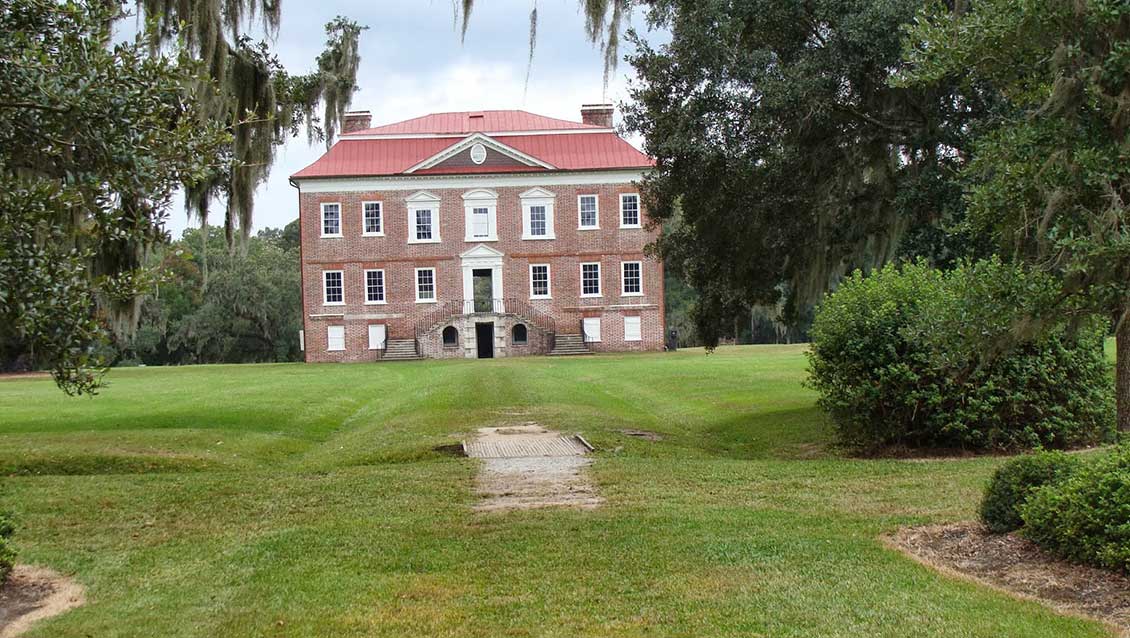 Established in the eighteenth century, Drayton Hall played a pivotal role in the early history of Charleston. For its durability, it has been hailed as “one of the finest of all surviving plantation houses in America” according to the South Carolina Department of Archives and History. The central feature of this location is a beautiful plantation home of Palladian architecture, which happens to be the only plantation house on the Ashley River to remain fully intact through both the Revolutionary War and Civil War. And for that it was named a National Historic Landmark in 1960.

The mansion was constructed for John Drayton, Sr., in 1738 and is thought to have taken nearly fifteen years to complete. Drayton Hall is a 630 acre property that was once a harvesting grounds for two of America’s earliest crop staples—rice and indigo. It was also home to thirteen slave cabins occupied by an estimated 80 slaves. The site was controlled by seven generations of the Drayton family until it become a historic site in the 1970s, and it opened to the public in 1976. Several live oaks denote the ageless beauty of the local landmark.

Drayton Hall offers both group tours and private events. Included within the group option are professionally guided house tours, an interactive program on African American history, and other outlets to observe and learn about its architecture, landscape and history with both artistic and archeological significance. Situated alongside Magnolia Plantation and Gardens, Drayton Hall is an excellent choice to add to your wish list of historical areas to explore on your own. Take a digital stroll through the property with this interactive map. 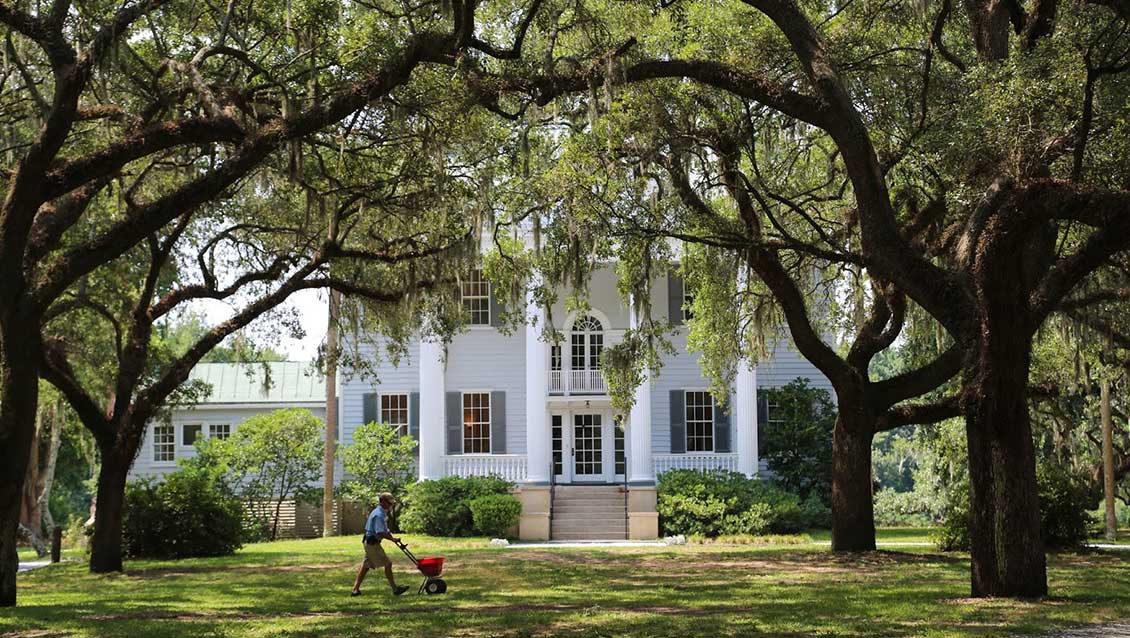 This is the first documented James Island plantation location. McLeod Plantation is located at the intersection of Folly Road and Maybank Highway, settled on the Wappoo Creek that flows right into the Ashley River. McLeod first appeared on the map under the name “Morris” in 1678, around the same time Magnolia and Drayton Hall Plantation were established. The plantation house is a prime example of Georgian architecture and is situated alongside six clapboard slave cabins, a detached kitchen, a dairy building, and a barn and carriage house.

McLeod Plantation is a living, breathing piece of Charleston’s history. In 1780 during the American Revolutionary War, British General Sir Henry Clinton used the original house as his headquarters while planning the infamous Siege of Charleston. Confederate forces occupied the plantation for the majority of the Civil War, and at times it was used as a field hospital. Following the evacuation of Charleston in early 1865, it was controlled by the 55th Massachusetts Volunteer Regiment, which was mostly comprised of African American soldiers. After the Civil War, it housed offices for the Freedmen’s Bureau for newly freed slaves.

The plantation is listed as an African American Historic Place in South Carolina—like Boone Hall Plantation—and past enslaved persons are honored with the creation of the McLeod Plantation Historic Site, which opened to the public on April 25, 2015. McLeod Plantation is a more condensed site at 37 acres, and it has an impressive tree named the “McLeod Oak” that is believed to be over 600 years old. Guests are also invited to participate in a 45-minute tour that provides access to the first floor of the main plantation house.

Middleton Place neighbors Drayton Hall Plantation and Magnolia Plantation and Gardens, making it convenient to hit up all locations in rapid succession. It displays fervent horticulture and agriculture and tells its story through art, archeology, artifacts and journals. It is a National Historic Landmark located within Dorchester County, and it was added to the registry on November 11, 1971.

The property is owned and operated by the Middleton Place Foundation, an educational trust formed in 1974. They use a number of things, including historic preservation and documented research, to foster understanding, knowledge and positive change. Lush gardens, functioning stable-yards, museum houses and lands have been critical to the survival of the plantation and are preserved for your enjoyment.

Despite all of the treasured beauty Middleton Place has to offer, what led to its development and current state is important to know. Its construction began in the 1730s by the hands of John Williams, one of South Carolina’s original planters. But the official founder is Henry Middleton, who proudly served as President of the First Continental Congress and completed the plantation house’s main section and its north and south flankers. His son, Arthur Middleton, was born at Middleton Place and later signed the Declaration of Independence.

After having a presence of nearly 200 years in the Lowcountry, a restoration project began in 1916 when a Middleton descendant by the name of John Julius Pringle Smith began several years of reconstructing the plantation’s gardens. The results exceeded expectations, with the Garden Club of America declaring Middleton Place to be “the most interesting and important garden in the United States.” The main buildings were also restored to their original eighteenth-century appearance around a decade later. Middleton Place is a superb attraction that combines your love of history with artistic beauty.

Choosing a tour service in Charleston can be difficult if you don’t know where to look. But Crafted Travel was established for this distinct purpose: To create a force to be reckoned with in Holy City travel.

Crafted Travel has a wider selection than its competition with brewery tours, winery and distillery tours, and walking, driving and historic plantation tours at the forefront of what they offer. Selecting this travel agency is a great idea for groups, and with a Charleston Party Bus upgrade you can add layers of fun to your next adventure. Choosing a travel guide for a Charleston Plantation Tour has never been easier with transportation featuring stocked alcoholic beverages, pumping sound systems, strobe and limousine lights, and more. A normal plantation tour can be transformed into whatever you want it to be.

Check out their Frequently Asked Questions (FAQ) page by visiting their website and hovering over the “Charleston Tours” tab. And be sure to visit this TripAdvisor link to learn more about what satisfied customers are raving about with nearly 100% five-star reviews.